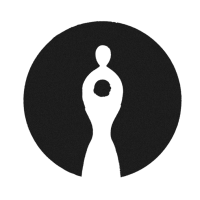 Two young ex-spouses find themselves about to finish moving from their old home and confront with a deep pain hidden in their past.

Lavinia, in the summer of her eighteens, has finally found an exciting job: she helps a videomaker with filming. At the end of the day, he asks her to take a swim in the open sea. She accepts and dives with him. The two joke with each other, but suddenly, under the dark water, something happens.

A group of friends gathers on the beach to drink after dinner in a seaside restaurant. They returned to their small province for the Christmas holidays, but soon they will leave again to follow their ambitions. Still, they forgot to invite a person.

Life, nightmares, and murders of The Soap-Maker of Correggio, aka Leonarda Cianciulli, accepting what she said she saw in the dark until her death.

Freely inspired by the “Scialla Semper” investigation which in 2014 led the Varese Police headquarters to arrest some young drug dealers.

Two desperate workers want to get back at the alleged responsible for their dismissal by robbing his mansion while a reporter looking for his missing ex-girlfriend investigates with a reluctant policewoman a possible environmental scandal.

A mother struggles with early-onset Alzheimers as her daughters crack under the pressure of caring for her.

A Nazi Officer with an injured head is found by a Jewish woman in the middle of nowhere. He revives but has no memory of his past or his identity.

Something for the Weekend

Deano and Kimmo, 13, rampage around the New Forest on adventures fuelled by their obsession with all things military. More middle class and traveled, Kimmo thinks he knows it all – even how to silence a gun with a condom.

South of the Border

A troubled teenager sees her embattled mother in a new light when she is befriended by a trans graffiti artist at an iconic roadside attraction.

Yaaru and Kuka are two Kashmiri boys, who in the fight between innocent Kashmiri people and the most modernly equipped Indian army, get caught up in the adversary so unmatched that whilst the army uses the most sophisticated and automated weaponry, the people of Kashmir take the most lethally devastating rocks from the streets.

Confessions Of a Non-Enemy Combatant

After immigrating to New York from the Philippines, a young fashion designer finds himself accused of terrorism and must struggle to survive Guantanamo Bay.

Dandelions and the Suns

When a struggling teenager’s parents send her to a wilderness therapy program, she must find a way to convince those around her that she’s perfectly fine or be forced to face the issues that brought her there in the first place.

A fierce mother living in a women’s shelter, battling a physically abusive husband and a broken support system, enlists the help of a special effects film company to defend against his attacks and save her children.

A mother and daughter from Connecticut and a victim of sex trafficking from Haiti are drawn into a dangerous web of exploitation on the streets of San Francisco.

Under a Desperate Sky

A frontier wife falls for another woman and flees her abusive marriage, triggering a deadly confrontation with the vengeful husband who tracks her down.

Il Varco Film Fund & Screenplay award is managed by  Il Varco srls / Via Colle Renazzo 75 / 65129 Pescara (PE) / P.IVA 02247890680. / This website does not store any kind of data or cookie. All submissions go through FilmFreeway as per their privacy policy.